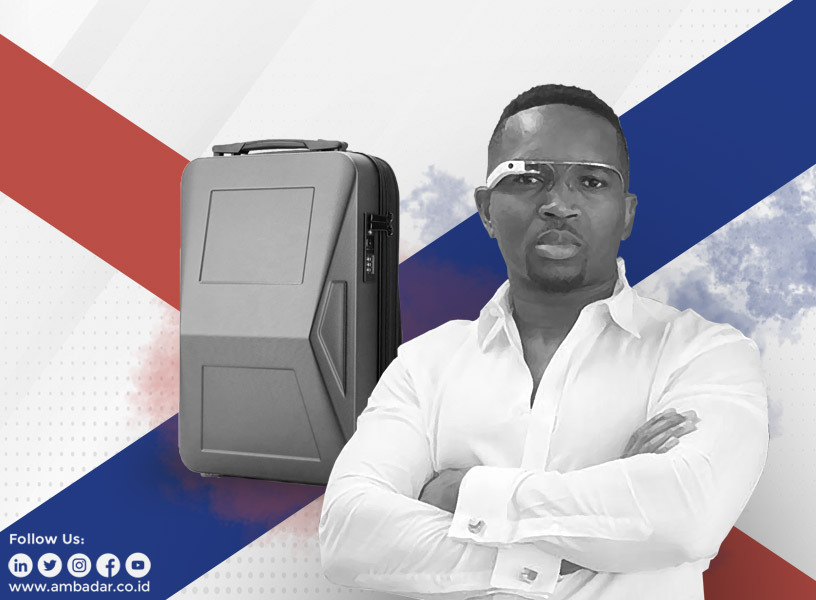 Tesla, a Texas based company mostly known for its clean energy and automotive products, is currently one of the most valuable companies in the world. The company, which was built in 2003, climbed the ladder of success until it became the topic of conversation on many platforms. At the time this article was written, the market capitalization of Tesla reached 724 billion USD.

When discussing Tesla, it’s near impossible to not mention Elon Musk, the CEO. Elon Musk is one of the most talked about business magnates. Not a few people respect and admire him.

One individual who admires Elon Musk is Riz Nwosu. As a fan of Tesla and Elon Musk, Riz was inspired by Cybertruck, a new truck model which is planned to be released sometime in 2023. The inspiration came upon him after he attended the Cybertruck unveiling event in 2019 where he met Elon Musk and saw the truck.

Starting from just an inspiration, Riz designed a backpack and gave it the name ‘Cyberbackpack’. In 2021, after the design had been realized, Riz bought and registered cyberbackpack.com to begin the product’s pre-sale. March 2022 came around, he began to market his product on Product Hunt and Shopify. Not long after, he was surprised with the news that Tesla had trademarked the name Cyberbackpack.

Riz Nwosu Reached Out to Tesla

In mid-March 2022, Riz created a Twitter thread where he mentioned Elon Musk. The thread was Riz’s attempt to communicate his intention to work together with the company he admires.

However, instead of working together, the name Cyberbackpack, which Riz introduced to Elon Musk through the Twitter thread, was registered as Trademark by Tesla. The registration was carried out in April 2022 for bags, school bags, book bags. The assumption was, Tesla trademarked Cyberbackpack because Riz and Elon Musk or other Tesla executives have decided to collaborate. However, that assumption was denied by Riz. Reported by Teslarati, Riz said he was never contacted by Tesla regarding the registration of Cyberbackpack.

Although disappointed, Riz doesn’t appear dispirited. He considers this situation to be a chance for him to reach out and possibly begin a partnership with Tesla. He has asked for help from social media communities, in hope the matter could reach Elon Musk..

While busy with trying to communicate the incident to Elon Musk, Riz registered Cyberbackpack with December 2021 as its first use date.

Which Trademark System Works in America?

Unlike how it is over here, in America, the system used is ‘first to use’, meaning the first company or individual that used the trademark gets to have rights over it.

In this context, Riz was the first to use the Cyberbackpack trademark to market his product. He used it while starting the presale or pre-order activities on multiple platforms.

Therefore, per the ‘first to use’ system, Riz has the right to register as well as use the Cyberbacpack trademark. This incident can be disputed by Riz if he wants to, but it seems that Riz does not consider Tesla's decision to use the trademark created by him as a violation. Instead, he sees it as a new opportunity to start communication or cooperation with Tesla.