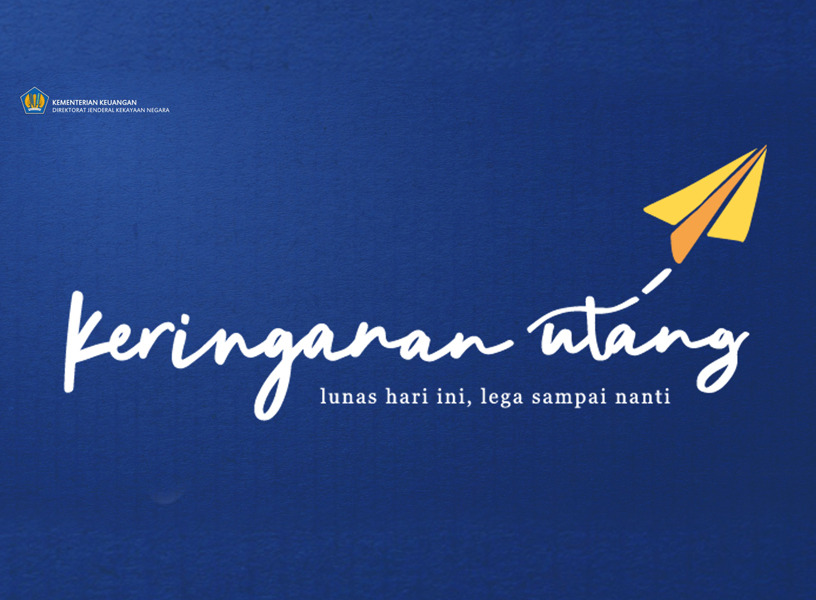 The Corona Virus Disease 2019 (“COVID-19”) pandemic has given some implications for various sectors and policies globally, including in Indonesia. In the government sector, Indonesia has launched the Crash Program. This program is implemented to accelerate the settlement of state receivables to government agencies and provide relief to debt insurers during the COVID-19 pandemic.

The Crash Program has been ratified through the Regulation of the Minister of Finance of the Republic of Indonesia Number 11/PMK.06/2022 of 2022 concerning Settlement of Receivables from Government Agencies Managed/Managed by the Committee for State Receivable Affairs/Directorate General of State Assets with the Crash Program Mechanism for the Fiscal Year 2022 (“PMK No .11/2022”)

According to Article 1 PMK No.11/2022, what is meant by State Receivables is the amount of money that must be paid to the State based on a regulation, agreement, or any cause. Meanwhile, the Crash Program is an effort to optimize the settlement of State Receivables, which is carried out in an integrated manner to provide debt relief to the Insurers (from now on, referred to as "debtors").

Debt relief is provided through the Crash Program to reduce debt repayment payments by debtors. Payment reduction is carried out by providing a reduction in (i) principal; (ii) interest; (iii) fines; (iv) fees, or other charges.

Furthermore, Article 12 Paragraph (1) PMK No. 11/2022 has regulated the percentage of debt reduction, which is quoted as follows:

“The Crash Program in the form of debt relief as referred to in Article 3 paragraph (2) is given to the Debt Insurer as outlined in the approval letter, which includes:

a. granting relief for all remaining interest debt, fines, and other fees/costs;

c. additional main debt relief if it is repaid within the following time:

Based on the regulations described above, it can be argued that if the debtor wishes to pay the unpaid annuity fees by June 30, 2022, he will be given relief of 60% (sixty percent) + 40% (forty percent) of the principal debt without fines.

Meanwhile, if the debtor wants to pay the debt that has not been paid from July to September 2022, it will be given a 60% (sixty percent) + 30% (thirty percent) of the principal debt without penalty.

Furthermore, suppose the debt is repaid from October to December 2022. In that case, relief will be granted of 60% (sixty percent) + 20% (twenty percent) of the principal debt without penalty to the debtor.

Then, for example, if the debtor has a debt of Rp. 500,000,000 (five hundred million Rupiah), the calculation of the Crash Program payment is as follows: 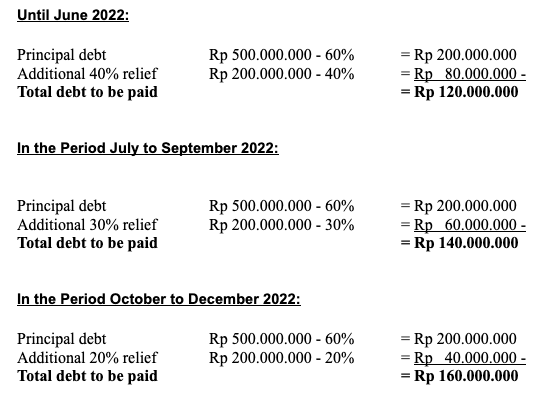 Please note that the total cost above does not include our administration fees and agency fees.

Thus, based on the regulations described above, if your client has an annuity debt that must be paid to the Patent Office in Indonesia, the client is advised to pay the debt as soon as possible. To get maximum relief, it is necessary to pay off debts until June 2022.

If your client is interested in this program, we will provide you with a calculation of the debt to be paid and the necessary documents.

We hope that the information we have conveyed can be helpful for you and your clients. Do not hesitate to contact us via marketing@ambadar.co.id if you have any questions regarding the policy.